Gino is a simple man and he hates the subterfuge including using Rose who he likes as a person even as he loved Anna. Anna was right, Rose would be the perfect woman for him. Since I started watching in s4, I find Elizabeth awesome. I don't think I would have liked her in previous seasons when she was dominating everyone to get her way. Poor James, but that treatment for homosexuality was typical. He's lucky he didn't get a lobotomy. The character I have difficulty liking is George.

I know he's supposed to be the romantic hero but he's too arbitrary, too officious for my liking. Regina is a real "love to hate" character and kudos to the actress for that. IMO Sir Richard can leave now. If I were to meet Olivia in real life, we'd have nothing to talk about. But I so appreciate how she is written her. So typical of many 50s woman who only saw themselves through the lens of their men.

She thought her marriage to James was her happy ending, and then found out that he is gay. Then she broke society's rules with her painter, only to realize he was just using her. She tries so hard but her imagination of herself is so limited, so circumscribed by her environment. I think Olivia's purpose came out of her conversation with Sarah, and is something we'll only find out next season.

Season five will time jump to , where four years have passed since we left Sarah Marta Dusseldorp and the Bligh family. The world of wealth and privilege is being eroded, moral values are fraying and a new young generation is rising, full of disaffection with the world of their elders.

To them the War is a matter of the dead past, bringing conflict with those who suffered its pain and deprivation. I guess James, Anna and Gino if he's still around are going to be the younger generation.


David is still going to be a bit young to cause such turmoil. That's exactly what I thought when I read the article. The only thing they gave away was the time jump. James had finished university when the series began, so would be 6 years later, making him 27 or As to George and Regina, divorce would depend on the law at the time. Don't think Australia had modernized its divorce laws then, any more than in the U. Both might be difficult if she were still under institutional care for mental illness.

Am I remembering wrong that. If he did I wonder why he thought it would be as easy as just deciding to divorce Regina.

Sarah met George and the other Blighs on a ship returning to Australia. George fell for her. Elizabeth opposed the pairing and she was the one who brought in Regina, the sister of George's dead wife, to break up George and Sarah. Anna is the biological daughter of Caroline but Caroline was unmarried and she gave Anna to her brother and his wife to raise. This show does a good job of reminding me of just how strong the hold of the Catholic Church was in the 50s. Sara gets fired for saying that it wasn't the Jews who killed Christ but the Romans. Also Gina saying that he can't divorce Anna because he would be ex-communicated.

Probably true too. I wanted to marry in the Catholic Church in the 80s and couldn't unless his marriage was annulled, in spite of the existence of two children. A four year time jump seems strange. Maybe they need it to settle the Regina question and put Sir Richard's plan in place. Maybe he had an annulment in mind at the time, since the marriage was never consummated and they didn't live as man and wife. When I first read about the four year time jump, my first thought was well that gives the writers an out it any of the actors don't want to come back.

A Place to Call Home

Where I am it's airing Sundays at 7 pm after the baking show. I must have missed some episodes. I remember the blonde nurse returning to Australia on a ship and saving this closeted gay guy from suicide. Then there was a whole lot of soapy drama about his marriage and his mother being nasty to blonde nurse for no good reason at all. And a couple of weeks ago I saw an episode where the nasty matriarch had a heart attack.

It's unfortunate that Masterpiece didn't bring this show under its umbrella, because people are getting random episodes depending on their area. One of my local stations is MPT and they aired the third and fourth episodes from the fourth series last Thursday. The fourth episode was when the Prime Minister visited Ash Park. I'm working my way through the much anticipated season 4, just finished the fourth episode, and while I know there are 8 more episode in which things can and will go awry,. I'm over the moon at Regina getting the verbal bitch slapping from both Elizabeth and George, and at Sir Richard's stabbing.

Needs subhed for NEXT in JSON

Too bad Elizabeth didn't aim lowering with that one, though. I had no idea that Jenni Baird Regina dyed her hair for the role! ETA: all that hair dying going from blonde to brunette to blonde certainly has to take a toll on Jenni's hair. The dark hair does make her look suitably evil. But it took me half a dozen episode to be able to differentiate Regina from Carolyn. Whoever is responsible for dressing the cast has a dream job! I especially love Carolyn's progressive style of dress. I think many of the clothes are gorgeous.

Anna's red and blue suit, most of Georgina's dresses, and I thought Carolyn's wedding dress, with removable train I hope, was brilliant. Mad Men was pretty good. I started as a stenographer in I agree, that the dark hair color does suit evil Regina. I do find it interesting that we associate dark hair as looking evil.

I can't think of a movie or show that I watched as a kid that didn't have the villain have dark hair. So having evil Regina have dark hair visually makes sense; you know right away that the dark haired Regina is going to be evil, mean, and selfish, while the light haired Sarah is going to be good and innocent. But she was white because of winter. Good point that the heroine very often is blonde. Maybe it's because nightmare things live in shadows. But in mythology, evil things are almost always dark. Left-handed people are sinister.

And then there's the line from Keats "Beauty is truth and truth beauty", implying that ugly things are false and untruthful. I read a book about American stereotypes on women and their conclusion was that blondes weren't seen as dumb, but as more beautiful, pleasing, pleasant, feminine, trustworthy than dark haired women. Basing a persons trustworthiness on hair color is just a weird concept to me, but maybe this is part of the reason heroines are more often blonde. 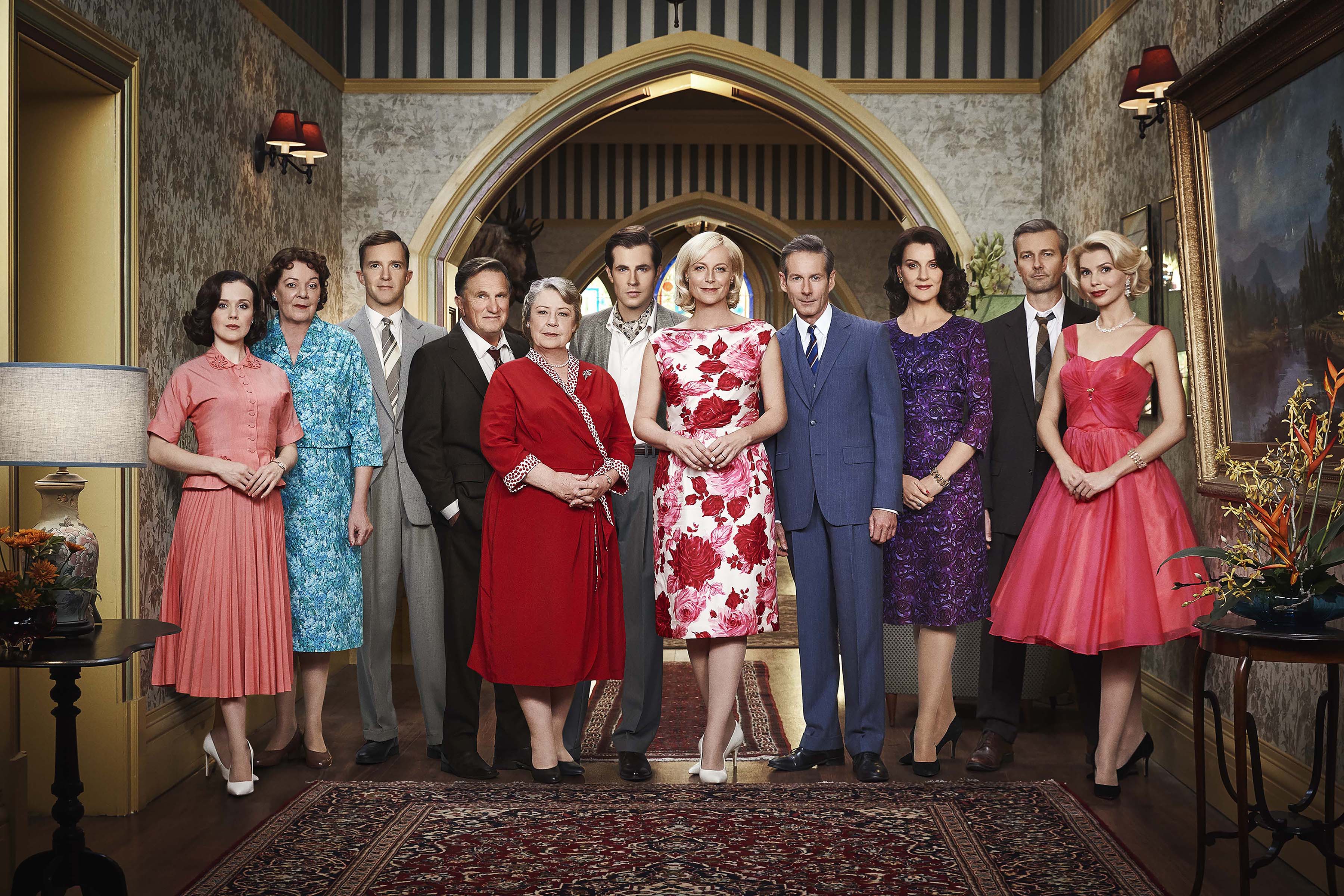 I watched all the seasons through Acorn. By the end of Season 4, I was kind of getting bored. I also really hated Gino. I realized that aside from the first season's forbidden romance, the writers really had no idea what to do with he and Anna as a couple, so they made him into a huge jerk as a way to finally get him off the show. I really did like Sarah. Spoilers is right.

I'm watching it on PBS and haven't seen the episode mentioned above. Oh well I was thinking maybe Olivia eventually has other children with someone else.

I don't think it was said that the granddaughter was the product of her first son, or that she couldn't get pregnant again after the problems with her first pregnancy. I also have to think there will eventually come a time when she just officially divorces James so she can move on with her life. I'd think it would really suck for her to have to stick around Ash Park while her husband is off playing house with someone else.